[BREAKING]CA exam 2021; Supreme Court says will not postpone CA exam 2021 Will pass order tomorrow on granting opt out after ICAI agrees to give 2nd chance.

The Supreme Court on Tuesday made it clear that it will not pass any directions to postpone the Chartered Accountant (CA) examinations 2021 scheduled to commence in July.null

The Court, however, agreed to consider the plea for granting opt out for students who won’t be able to appear for the exam on account of COVID-19 restrictions.

This was after the Institute of Chartered Accountants of India (ICAI) told the Court that students appearing for the examinations will be given another opportunity if they face difficulties in appearing due to COVID-19 restrictions.

On the question of opting out of exams due to COVID-19, Advocate Ramji Srinivasan, appearing for ICAI, said,

“We had given opt out option to students who were down with COVID-19. ICAI says Chief Medical Officer can issue a certificate for the students now.”

“Whoever faces difficulty will be given another chance. These students had 7 years to appear for old syllabus exam…we will give the benefit but limited to who are directly or indirectly affected by COVID. Results will be declared as soon as possible.”

A Bench of Justices AM Khanwilkar, Dinesh Maheshwari and Aniruddha Bose asked ICAI to come up with a policy where a competent authority can issue a certificate explaining why a COVID-19 positive student cannot appear for the upcoming Chartered Accountant (CA) examinations.

The matter will be considered again tomorrow when the Court is expected to pass order on this aspect.

Appearing for the petitioners today, Senior Advocate Meenakshi Arora pointed out the difficulty in obtaining RT-PCR positive test reports for students who cannot give the exams on account of COVID-19.

“Candidates have to travel from all across the country to appear for exams. These students who live in containment zones may not be able to take the RT-PCR tests. ICAI has not looked at problems being faced by students.”

She further pointed out that the upcoming CA exams were the last opportunity to appear as per old syllabus.

The Court went on to suggest,

“We are saying you can take certificates as a valid certificate in place of RT-PCR test so that the candidate can take the next exam. RT-PCR test is no test. Some negative ones were actually positive. Evolve a policy that one can certify why one could not appear.”

“We are sharing personal experience. My after-effects lasted for after 3 weeks from recovery,” said Justice Khanwilkar.

“This is one last chance in old syllabus. Preparation is not such a simple exercise, but a painstaking exercise.”

Srinivasan said that ICAI would release a notification addressing these concerns, and that an authority would be set up to decide how the opting out process will work.

Arora went on to argue,

“…we cannot let any other event become a super spreader event and expose our examinees to such dangers. Authority has to ensure SOP is followed to the hilt. Invigilators etc must have a RT-PCR report.”

The Court noted that ICAI had assured that COVID-19 protocol would be followed in the exam halls.

On the prayer raised by Arora seeking option to choose an alternative exam centre, the Court said,

“If change happens last minute you have option to opt out, but otherwise you cannot resort to this. But individual logistical needs cannot be taken care of.”

In response to the prayer to waive off the one-year articleship requirement, the Bench said,

“It is a part of the course and cannot be waived off.”

“Whenever students have raised issues against ICAI, it has stated that their (students’) conduct is not behoving the Institute and results were not declared. Please let there not be retaliatory action.”

“Let a formal application be filed, we will pass better strictures than the High Court. You can highlight this point later,” was the Court’s response.

Appearing for on the petitioners, Advocate Shashibhushan Adgaonkar called for priority vaccination of students appearing for the exams.

“Can ICAI be directed on vaccination? We cannot interfere in the vaccination policy which is pending before some other bench. We cannot create class after class,” was the Court’s response.

Arora then pointed out that last year, ICAI had allowed students who missed exams to take only the pending papers, as opposed to taking all exams again.

The Court indicated that such an arrangement could work this time as well.

“If the competent authority certifies so, then yes, you can appear only in remaining papers.”

After taking note of the arguments raised by the petitioners, the Court directed ICAI to submit a point-wise note on the issues discussed today.

The matter will be heard tomorrow.

A petition by one Sathya Nayaran Perumalsought directions to the Institute of Chartered Accountants of India (ICAI) to allow an additional attempt to any candidate who fails to appear in the July 2021 CA exams in view of COVID-19 restrictions.

The plea by Perumal, filed through Advocates Divyansh Tiwari and Hardik Gautam, made it clear that they are not seeking any postponement, cancellation or deferment of the exams.

A plea by Anubha Srivastava Sahaisought postponement of the exams from July 6 to any later period when the COVID-19 situation normalizes, or until after teachers, students and invigilators are vaccinated. Sahai also prayed that candidates be given the choice to opt out.

She also prayed for an extra attempt to be given to the candidates who are appearing for the intermediate and final exams under the old syllabus.

The ICAI had informed the Supreme Court that since there is a dip in the number of COVID-19 cases, it is in the best interest of students that the exams are held as scheduled in July instead of postponing it for later.

In a brief note submitted before the top court last week, the ICAI stated that whenever the risk is minimum, the Supreme Court has allowed examinations to be held. This was seen for Class 12 exams in Bihar and Kerala which were held in April 2021 and February 2021, respectively.

Apart from these petitions, over 6,000 students had written a letter to Chief Justice of India NV Ramana flagging three major concerns with regard to the proposed examination:

– No opt-out option has been provided to the students;

– No extension of old course attempts;

– No additional attempt for students who are unable to appear due to COVID-19.

The letter said that these concerns were raised before the ICAI, to no avail.

The CA examinations are scheduled to begin from July 5 and approximately 3 lakh students will be appearing in these exams from all over India.

How to download icai admit card in mobile phone

Answer :- Possibility No, On The Basis Of following Situations

On the Basis of Current COVID- 19 pandemic and situation is under control. So ICAI decided that Examinations shall now commence from Monday, 5th July, 2021 click Here for Notification IMPORTANT ANNOUNCEMENT – (26-05-2021) &

Possibility Of Postponed exam is No

Examination Department
The Institute of Chartered Accountants of India
26th May, 2021

Examination Department
The Institute of Chartered Accountants of India
26th May, 2021

In continuation to the Announcement dated 27th April, 2021, it is hereby announced for general information that the Chartered Accountants Intermediate (IPC) {Under Old Scheme}, Intermediate {Under New Scheme}, Final {Under Old & New Scheme} and Post Qualification Course, viz.,: Insurance and Risk Management (IRM) Technical Examination and International Taxation – Assessment Test (INTT – AT) of May 2021 Examinations shall now commence from Monday, 5th July, 2021 across the globe. The detailed Schedule / Notifications for the said Examinations will be announced shortly.

The Candidates are advised to note the above and stay in touch with the website of the Institute, www.icai.org.

Corporate and Other Laws

Author: mstar Published Date: May 22, 2021  Leave a Comment on Corporate and Other Laws

Considering the prevailing COVID-19 situation and in the interest of welfare & well-being of the students and to mitigate their hardships, in continuation to Important Announcement dated 27th April 2021, it has been decided to re – open the online filling up of examination application form for Chartered Accountants Final, Intermediate (IPC), Intermediate, Post Qualification Course viz.: Insurance and Risk Management (IRM) Technical Examination, and International Taxation – Assessment Test (INTT – AT) from 4th May 2021 (10 AM) to 6th May 2021 (11.59 PM) with late fees (Rs.600/- or US $ 10).

The students may note that this is the last opportunity to apply for May 2021 examination application form online.

The candidates are advised to note the above and stay in touch with the website of the Institute, www.icai.org.

Posted in Notes and Video

END_OF_DOCUMENT_TOKEN_TO_BE_REPLACED 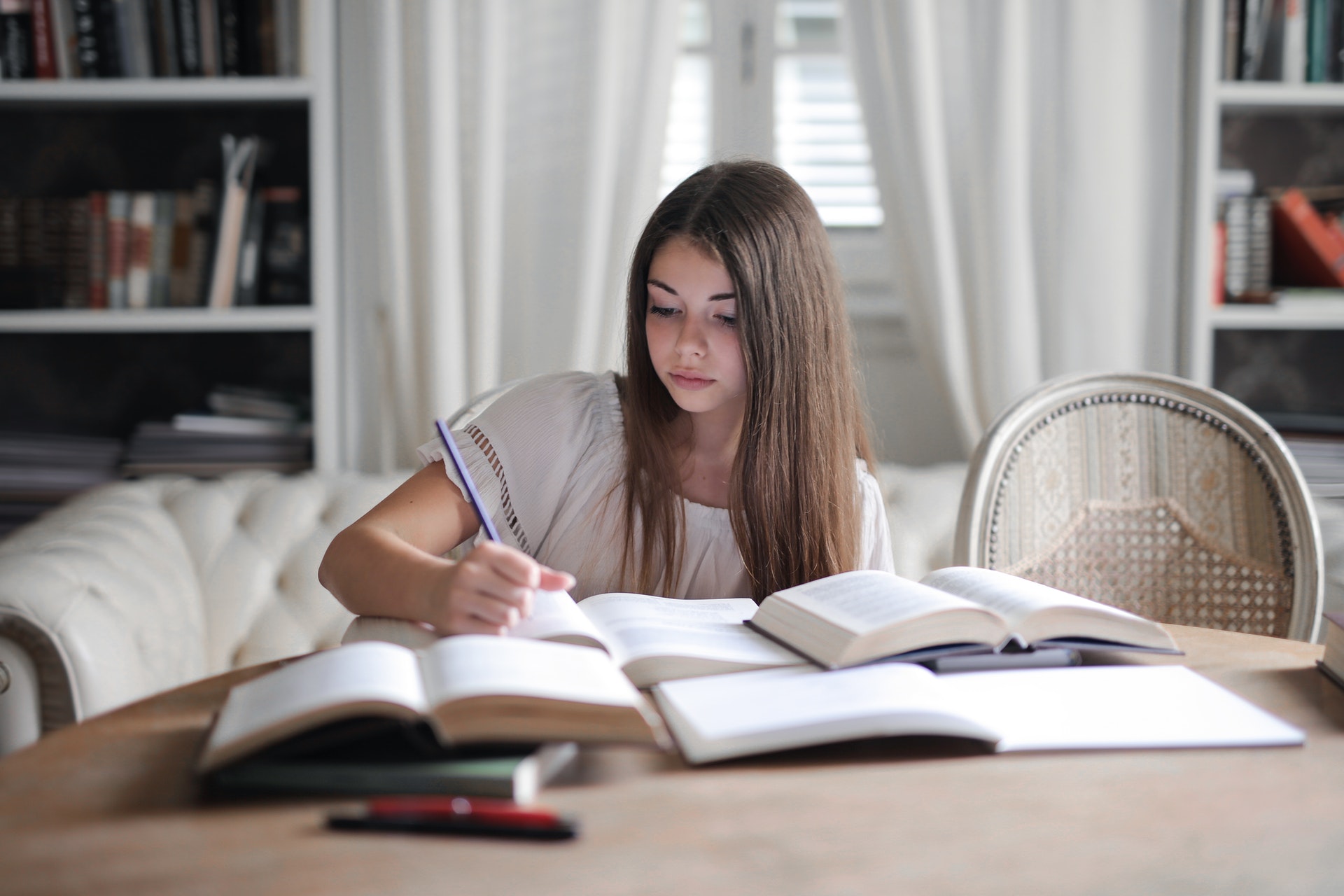